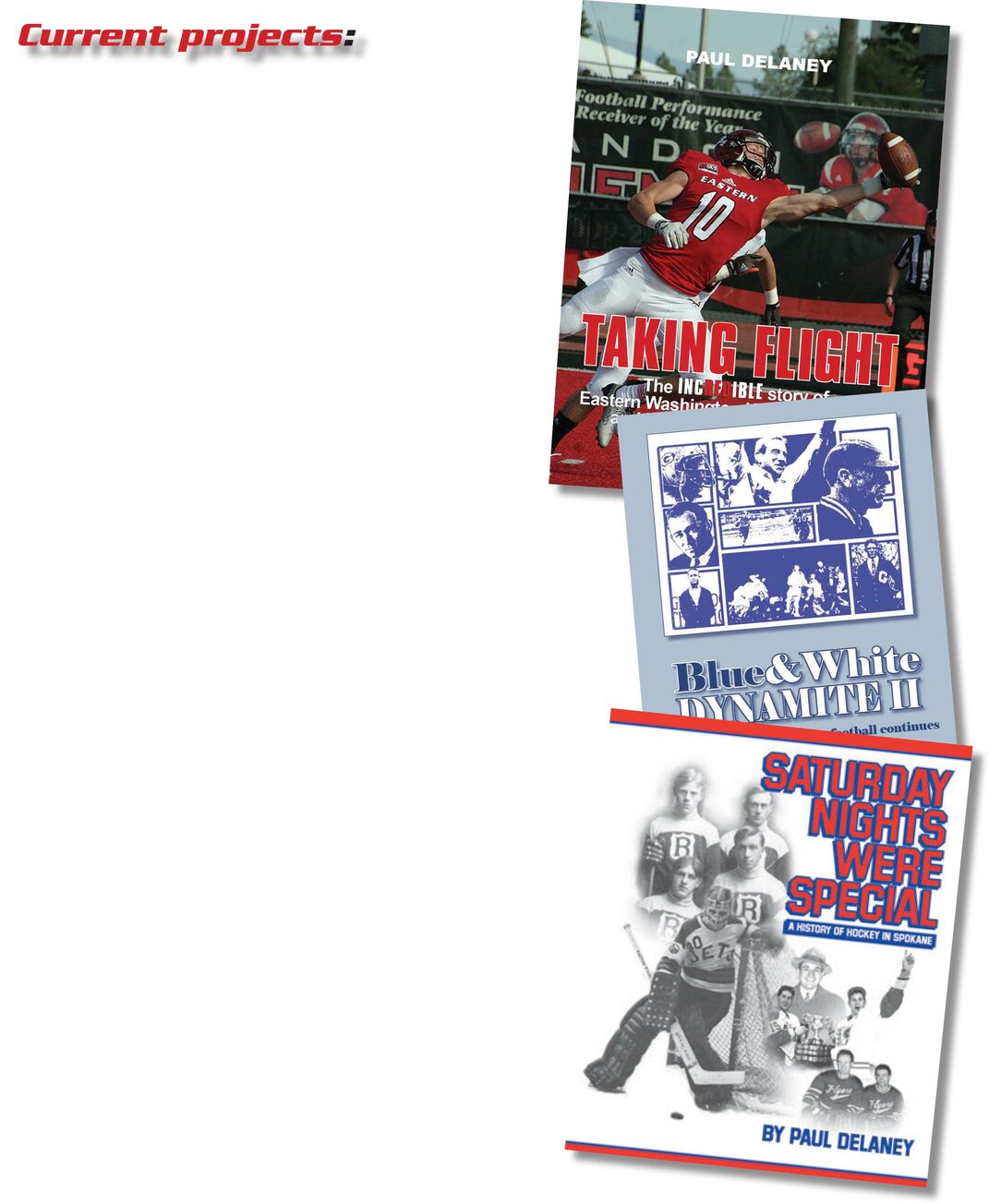 For a dozen years from 2007 through 2018, Paul Delaney had a REAL front-row view of the success that the Eastern Washington University football team experienced. That came as a reporter and photographer for the Cheney Free Press, the community newspaper that serves EWU.

This story will be told in: “TAKING FLIGHT: The INCREDIBLE story of Eastern Washington University football and its rise as a national power.”

A copy of the book’s pages can be seen by visiting www.ewufootballbook.com and clicking on the TAKE A PEEK tab. Buy your book – or books — by visiting the CONTACT page. Remember that portions of proceeds of each copy of “TAKING FLIGHT” will be returned back to various EWU athletic and other school groups.

Since 1920, and maybe a little earlier, football first at Gonzaga High School and since 1954 Gonzaga Prep, no one has dominated high school football like the Bullpups.

In 1989 G-Prep grad Paul Delaney produced the first edition of “Blue & White Dynamite: The story of Gonzaga Prep football.” Now with his 50th reunion ahead in 2021, Paul is working to continue the story of a program that since 1939 has had just FOUR football coaches, won multiple state and both City and Greater Spokane League championships.

Watch for updates and soon its own website or email us at: pds.spokane@gmail.com.

The story of Spokane’s GREAT tradition of championship hockey

Arguably the most impactful and successful sport in Spokane history has been hockey.

It could easily be said that had it not been for the success of the Spokane Flyers in the late 1940s where the team won two national championships in three years — 1948-49 and 1949-50 — the city might not have had its gorgeous arena that has helped fuel a love for basketball.

Hockey’s success continued in the decade of the 1970s when the Spokane Jets and Spokane Flyers each won a pair of Canadian Senior Amateur national titles with four Allan Cups.

As senior hockey faded and the junior game slowly took hold, the Spokane Chiefs picked up the torch and have become one of the top franchises in the North American-wide Canadian Hockey League and Western Hockey League. Spokane teams have twice won Memorial Cups, symbol of junior hockey supremacy, in 1991 and 2008.

The original “Saturday Nights Were Special: A history of hockey in Spokane,” was published in 2001 and all efforts will be put forth to have the sequel in 2021. We’ll have the website reactivated soon, but to order some of the limited original editions, email us at: spokanehockeybook@comcast.net.